I should clarify the title of this blog post: the mission for this weekend was to reach our 100th geocache, not to find 100 in one weekend. That may be a challenge for later, though. Also, this wasn’t a worldwide mission or anything. This was just the goal Jon and I set for ourselves.

On the first day, we were out of the house by 8am. It was cold and rainy, but we were determined to press on. We grabbed a breakfast sandwich and some almond amaretto cappuccino at the gas station and headed out.

The first few were easy park and grabs, but it was cold and windy, so they were a little uncomfortable. Eventually , the sun came out and the day was beautiful. We did a lot of back road traveling to start and came across some gorgeous views. One of the best scenic views was near a cache called The Shamrock Cafe. The view overlooked a patch of land that varied in different earth colors. It also overlooked trees that had started to change colors with the season. 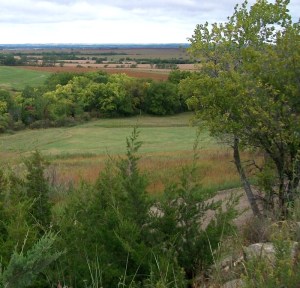 Our exploring took us to an old schoolhouse and a couple cemeteries, one of which had an old, creaky windmill that made things a little creepy. 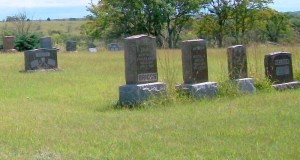 The wildlife was out as well. Early on, we found deer tracks. Later, we “chased” some turkeys down the road and stopped for some quail. One of the more unique sightings was a coyote that ran out in front of us. Luckily, I was going slow, trying to get a picture of the road and tunnel. Any faster and we might have hit him. We also came across some cicadas and a wooly bear caterpillar. 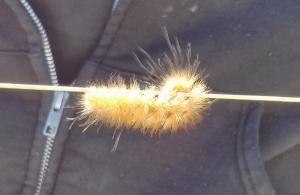 Since we were heading towards Junction City anyway, we had lunch at Tyme Out Steakhouse. I’m not a major steak eater, but I love the ones there, so I had a steak and baked potato.

Two of our last caches of the day took us to some fields in JC. We missed the driving trail that we could have taken, so we walked a little over half a mile to get two caches. I was okay with this since caching was the day’s exercise. The bad part was that the field had several divots, and I tweaked my knee a few times.  At our last stop, we heard an unsettling noise that made us a little nervous. Luckily, the cache was a quick find. It was only after we left that we thought maybe it was a deer. Still not sure, but it’s more comforting than thinking it was some wild Kansas field monster.

We made that our last cache so we could get back in time to hang with the kids. All in all, we scored 16 finds and had no DNFs. We also picked up two trackables, one of which is trying to get to Texas, so we’re going to take it to Oklahoma next weekend to get it a bit closer.

It was a fun and successful day that put us closer to our 100 cache goal.