It’s the holidays! This isn’t a holiday book, but I’m enjoying the holiday season this year. We’ve been out looking at lights, are almost done with Christmas shopping, and have been up to some shenanigans with my shelf elf, Randall. I don’t have kids, but I apparently don’t need them to act like a major dork. I’m also feeling pretty darn good this year, so I’m preparing to shake a tailfeather at my work holiday party. Overall…good times. Now, on to the review. 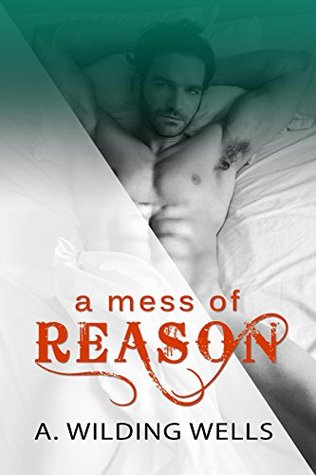 One-Sentence Synopsis
Though they’re in love with each other, two best friends skirt the issue of their relationship rather than actually talking about it. For a full synopsis, see this book’s Goodreads page.

BFFs
Tess and Scout have been besties for 15 years, and yet somehow, in all that time, they’ve never bothered to tell each other how they feel. A lot of this stems from each of them dating and/or sleeping with a wide variety of other people. Tess, however, has reasons that she’s kept a secret. Now, as adults, Tess is getting ready to marry a douchetool, and Scout is trying to deal with it, especially because he’s the one she’s asked to be her “Man of Honor.”

Romantic Build-Up
I love foreplay, and there was so much of it in the constant dance that these two did around each other. It’s so obvious to the reader and the other characters how connected they are, and considering how much they flirt and how familiar they are with each other, you’d think they’d know it too. But they keep finding reasons not to tell the other one and convincing themselves the other one doesn’t feel the same way. They even say “I love you,” but the friendship boundary makes things confusing.

Turning Circles
I can see where some readers might not like the constant merry-go-round of emotions, but I loved it. The longer, the better. My worry at the beginning of the book was that their foreplay was so intense that it was going to burn out before the end of the book. But it didn’t. Somehow it managed to progress while maintaining the angst and emotion that kept me hooked. At one point, I thought things had resolved, yet the book wasn’t close to being done, but then boom…more conflict. So good.

You Talking to Me?
The voice of the novel is fun, too. It’s told in first person point of view, switching back and forth between Scout and Tess. The narration is loose and familiar, as if the characters are actually talking to the reader, using a blend of “I” and “you” to make it feel like they’re connecting through that fourth wall.

A Side of Queso
As much as I enjoyed it, I have to admit that things got a little overdone towards the end. I appreciated the intense feelings Tess and Scout had, but there was a stretch where melodrama snuck in and things got a bit cheesy.

The Romance Factor
Friends-to-lovers is a fave trope of mine, and mixed with the secretly-in-love theme, it makes for a sweet story that kept me hanging on. Tess and Scout’s emotions were powerful and made me melt (mostly). I realize that not all male/female besties are as close as these two are, but it’s not outside the realm of possibility that they can be as affectionate as these two are, nor is it hard to believe that the blurred lines of love and friendship can make things so complicated. 5/5

The Steam Factor
I love me some foreplay, and this book delivers. Tess and Scout’s interactions  are steamy, and when they break out a dirty game of Truth or Dare that leads to everything but intercourse, the heat level is taken up about a hundred degrees. Cold shower time. No joke. 6/5

Final Thoughts
While there were parts that seemed to drag a bit, and Tess and Scout go around in circles at times, I still really liked this book. It was fun and titillating and had some really great feels. A fun read with serious themes that didn’t take away from the enjoyment.