I realize that not everyone is going to have my same reaction to this book, so please take what I say as my opinion and not a guarantee that you’ll feel the same. The day after I read this book, I was so emotional I could hardly stand it, not just because it stabbed me in every single feel I had, but because I didn’t want to read anything else after it. I really just wanted to go back to the beginning and read this one again. 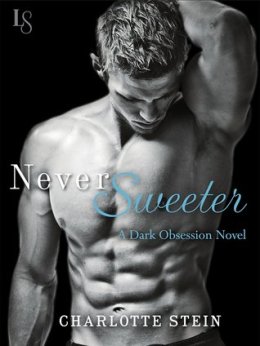 One-Sentence Synopsis
A young woman is terrified to find that her high school bully is in her college class and will be her partner for a project, but she starts to find a side of him that she never expected. For a full synopsis, see this book’s Goodreads page.

Painful Experiences
Letty was horribly bullied in high school, and she carries the effects of that with her. She’s scared of everyone when she first meets them and has a low self-esteem. Even though she’s out of high school and in college where she believes she’s now away from her bullies, what happened in high school has ingrained itself to her personality and existence.

Turning It All Around
Tate is the one that Letty always saw as the ringleader of her tormentors, so when she sees him in her cinema class, she freaks out, and rightly so. All she can think is that he’s there to harass her again, to make her life hell because he obviously didn’t get enough of it in high school. But Tate has his own reasons for being there, and those reasons are not about hurting Letty. In fact, he reaches out to her, but when she tells him she wants him to stay away, he does, going so far as to try to take their shared class from the hallway to make sure she feels at ease.

Things Change
The bullying was never made to seem less than it was or romanticized. Tate was cruel, but as Letty gets to know him, she sees the ways in which he’s changed and she starts to trust him, eventually finding herself falling for him. Even then, their past haunts them. Though Letty starts to believe she can trust him, it doesn’t take much for her to fall back into that fear and belief that he’s only trying to hurt her. As for Tate, he wants nothing more than to get close to Letty, but his actions in high school have far reaching consequences, and she’s unwilling to bend to him easily.

Redemption
Tate never tries to justify his past actions. He knows he was horrible and messed up, but he never tries to get Letty to forget about it. I don’t even think he ever actively asks her to forgive him. Instead, he tries to treat her as well as he possibly can, showing her that he has changed and that he in no way wants to ever hurt her again. Though the story is told from Letty’s point of view, we get to know Tate right along with her and see all the things and insecurities he’s been hiding about himself. I mean, the guy has body issues, and while that’s no excuse for him teasing Letty in high school about her weight, there is that subtle insinuation that everything mean he ever did or said to her was an internalization of what he didn’t like or was trying to hide about himself.

Emotions All Over the Place
Though the bullying is disturbing and depressing, the story itself isn’t necessarily sad. Yet the author writes such great emotion that I felt exhausted and wrecked at the end (in a good way, of course). I was completely satisfied, but there were tears, and I had a really hard time leaving this book.

The Romance Factor
While I hated that Tate had been mean to Letty in the past, I was completely wrapped up in the relationship they formed, mostly because almost everything Tate did screamed of earning redemption and trying not to hurt someone he had fallen in love with. He treats her with so much care, it was hard not to get emotional. There are times when Letty catches him doing something when he doesn’t know she’s watching, like keeping a scribbled note she’d written while they were studying.  It felt like every kind thing she did to him and every time she seemed to trust him a little more meant the world to him. I seriously got weepy. 6/5

The Steam Factor
So the project they have to work on together is about sex in cinema, which means that “research” is watching steamy movies where sex plays a key role. You know what happens when two people who have an attraction for each other sit really close on a bed and watch hot movies? Stuff gets out of control in a really good way. There is a slow burn of foreplay between Letty and Tate that goes on in a way that’s sweet and highly sensual yet still extremely dirty. 6/5

Final Thoughts
The only issue I had was more of a technical issue (possibly due to this being an advanced proof of the book). There were times when the dialogue continued and I lost track of who was talking. But otherwise, I am completely in love with this book. I had to fight the urge to re-read right away, but I’ll be pulling this back out in a few months for another reading for sure.