I’m a little conflicted about this book, and because I want to write about my conflictions, this review is going to contain spoilers and possible triggers for rape. Proceed with caution. 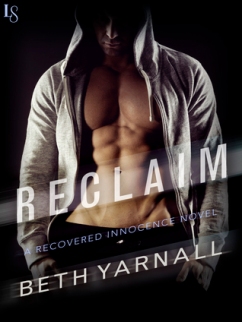 One-Sentence Synopsis
An investigator and attorney team up to clear a woman of murder and end up in a complicated sexual relationship. For a full synopsis, see this book’s Goodreads page.

Sleuthing Duo
Nolan is an investigator at Nash Security who bemoans his lack of luck. After screwing up an investigation, he’s determined to prove himself. So he teams up with Lila, an attorney looking to help clear a young mother of the murder of her child. The case is weird because all evidence points to an accidental death, and yet for some reason, the woman plead guilty. So Lila and Nolan proceed down the rabbit hole to figure out what the heck is going on.

Secrets
The attraction between the two is major, but Lila doesn’t want anything serious. She’s a mystery to Nolan, who knows she’s hiding things about herself but wants to know her more. All Lila wants is sex, pushing Nolan away any time he tries to get closer to her. Nolan freaks out a few times, but even when he lashes back at Lila out of hurt, she seems okay with it.

But as Lila’s feelings get stronger, she starts to realize that she wants Nolan. She just knows that when she tells him the truth about how she lives, he’s going to turn away from her. It isn’t until things get highly emotional that she breaks down and takes him to see her secret. Nolan has gone through all the possibilities of what her secret could be, but isn’t prepared for what she shows him. And truthfully, I didn’t see it coming either.

Spoilers!
I’m going to back up here and say that the previous books were pretty heavy. Murder accusations, human sex trafficking…they were hard to read. And there were parts in this one that were hard to read too, like prostitution and rape. But the big secret seemed to be on a whole different level than the rest, and my first reaction wasn’t super positive. Lila is a major hoarder.

Now I Get It
While I first questioned how the heck hoarding was on the same level as human trafficking, I have to admit that the levity of Lila’s situation came through in the writing and the emotion of the characters. It’s easy for us to watch tv shows about hoarding and wonder why they can’t just get rid of the stuff, but it really is a mental health issue, and Lila knows it. She’s ashamed and wants to live a normal life. She just can’t. It becomes understandable why she doesn’t want to tell Nolan.

True Life
There’s also no happy wrap up here. Nolan is freaked out, and rightly so. He actually questions whether he can be with Lila when she has this problem. This doesn’t fall into the normal romance genre view of the hero who would do anything for the woman he loves, but it was so real and true and kind of refreshing. Had Nolan fallen into that standard hero way of thinking, it wouldn’t have fit with this book or with this series.

The Romance Factor
The romance part of this book was one of the things I was conflicted about. I didn’t get the romance vibe in the usual way. The vibe in this one was way more realistic and less full of breathless and sweet emotions. Nolan wants to get to know Lila and eventually she wants to get to know him, but there are obstacles for both of them. And honestly? Things don’t resolve by the end of the book. Which is actually something I enjoy in the grittier novels. There’s not a HEA, but there is a sense of hope that the characters are going to make it, or at least give it a good try. 3/5

The Steam Factor
These two are up in each other’s business almost right from the start, and for awhile, the actual case they were on seemed to be forgotten. Sexy times are hot and there’s some pretty weird foreplay, but weird is good. I thought the focus in this book was way more on Nolan and Lila’s sexual relationship than it was about the case they were on, which was a bit of a shift from the first two in the series. 5/5

Final Thoughts
I liked this book. Once I got over the unexpected twist and realized just how much conflict it was bringing between the characters, I was able to read it with the seriousness it deserved. Both Lila and Nolan were flawed. I love that feel of reality though, and the conflict was through the roof. Though not my favorite of the series, it was still a good read. I recommend giving it a read…even with the spoilers.